CHERNOBYL TAP WATER: TO DRINK OR NOT TO DRINK? 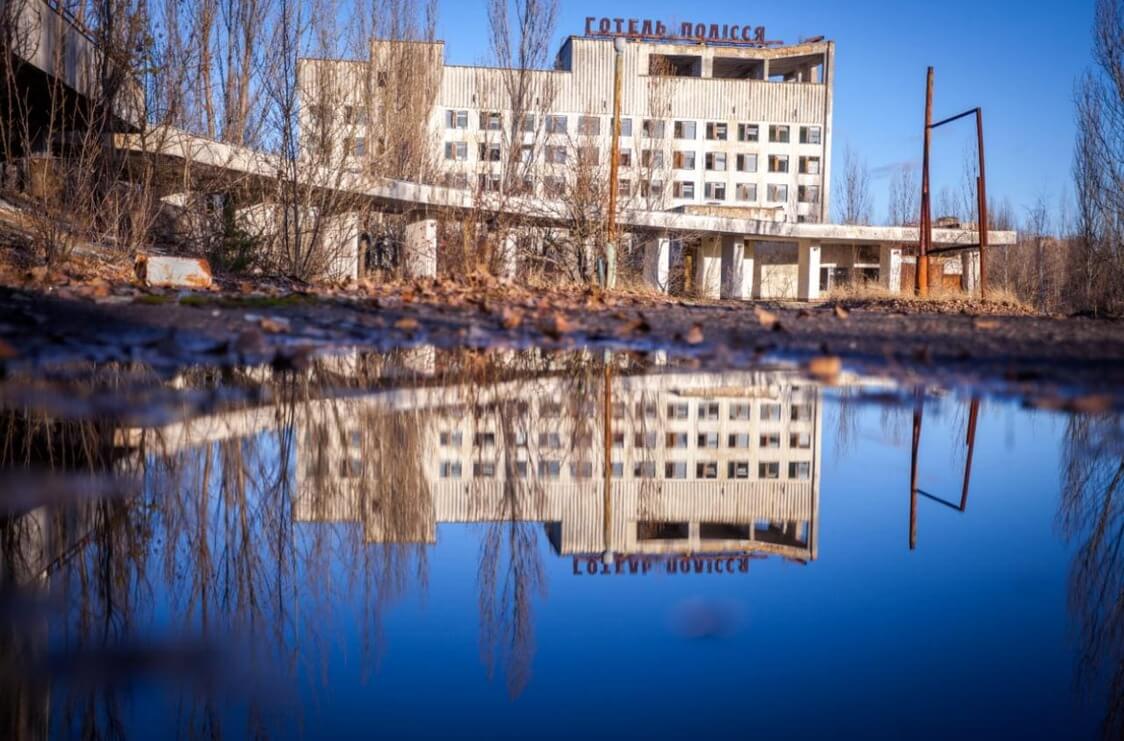 ‘Deathly Water’, ‘Radioactive Liquid’, ‘Ukraine in Panic’ – thus the online experts claim in their articles. One group tells us for sure about radioactive tea in Chernobyl eating places, another – about the miraculous features of radioactive water. Let’s find out together whether that be true or a lie.

The accident in the 4th NPP unit with subsequent release of radiation caused a tremendous negative effect on the environment. The maximum release of radionuclides fell on the first 10 days after the accident; thus, about 200 000 square kilometers were contaminated. The 100-kilometer zone absorbed the biggest part of isotopes.

A part of radiation contamination was washed away with rains, winds and human activities, however, the sewerage systems and grey water became contaminated. In the rivers and lakes, radionuclides dilute, decomposition of radioactive particles occur with bottom and soils absorbing them. Thus, the level of radiation in streaming water is less than in ‘enclosed’ ponds.

However, fish in Chernobyl rivers is radioactive: cesium became a part of a food chain of river inhabitants and accumulates in their bodies. Such fish with a high concentration of cesium may be found in distant waters of Scandinavia and Germany. Thus, it is prohibited to fish in Chernobyl: due to water stagnation, the bodies of local fish can preserve radioactive substances for decades.

The service for radioecological monitoring and radiation control is responsible for the measurement of a contamination level of water in Chernobyl. It controls the concentration of hazardous substances in the environment, including in pipe water. The samples are taken on the entire territory and thoroughly tested in labs.

The maximum allowed concentration of lead for potable water is 10 micrograms per liter. Chernobyl has a lower indicator, thus, according to the Head of the Main Control Laboratory, it is safe to drink water in Chernobyl.

Distillation helps to separate radiation and any mud. In 2019, British people confirmed this theory and made vodka of rye and water from Chernobyl. Those enthusiasts grew rye in the Zone, took a little of underground water, distilled them, and made a unique beverage. Vodka ‘Atomic’ has the same doze of radiation as any other vodka. It is a true confirmation that you can create a clean and safe product in the Chernobyl Zone.

Most of the people work directly on the territory of the reactors and near them to eliminate radioactive residues. The other part is maintenance personnel and specialists supporting the operation of the infrastructure