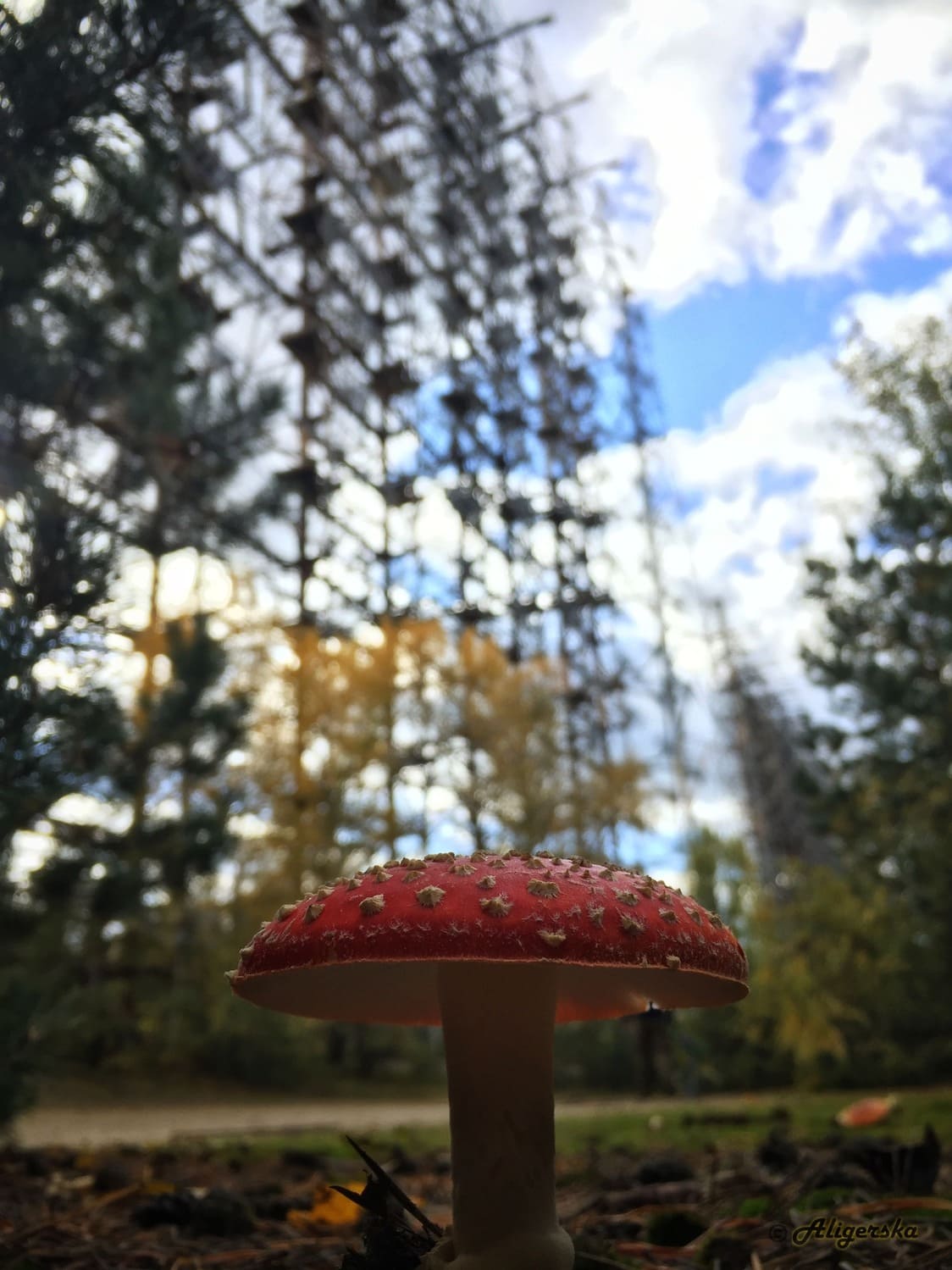 ‘The planet is fine; the people are f***d!’, thus a famous American comedian George Carlin said, and this phrase is a good illustration of what is going on in Pripyat. People left this place about 35 years ago, and for this time nature has taken full control over the urban infrastructure. The roads turned into jungles, moss and trees conquered the then schools and kindergartens, and wild animals occupied the former crowded streets.

A fox called Semen became a general favorite and attraction of the Zone. It can be observed in the vicinity of the energy unit, near tourists, or near the souvenir shop. The red sly fellow has even its own page on Facebook. Semen is not afraid of people, takes food from their hands, and often accompanies the tourist groups.

The local dogs are also very easy to get on with. According to the Zone rules, it is prohibited to pet them, since they can be radioactive. However, these cuties stick to tourists with pleasure, pose for photos, and accompany the guides.

As time went on, wild animals started to return to the Zone, including endangered species from the Red List. Every night dozens of trail cameras captured the wild representatives of Chernobyl nature. For instance, lynxes returned to the Zone. They were killed off here in the 1950s, and nowadays they are seen in the Red Forest. The employees of the Zone often see wild boars, wolves, deer, elks, owls, eagle owls. Sometimes, the trail cameras even record bears. The populations of black storks, smooth snakes, and white-tailed eagles, included in the Red List, also chose the Chernobyl Zone as a safe place to live in.

Since 1998, the Zone has become a home for Przewalski's horses. They were brought here to live in this protected area. In 2016, more than 200 ha were allocated for the establishment of a biosphere reserve.

Jim Smith, Professor of University of Portsmouth, asserts that more and more species are returning to the Chernobyl Zone: ‘It goes without saying radiation affects the ecosystem; however, it turns out that human activities, coal mining, fishing, and hunting are worse for the wild nature than the biggest nuclear accident in the world.’

Robots that participated in the liquidation of the Chernobyl accident

read more
PAY FOR THE TOUR WITH CRYPTO

‘We should give a new sense to Chernobyl, bring culture and technologies here.‘