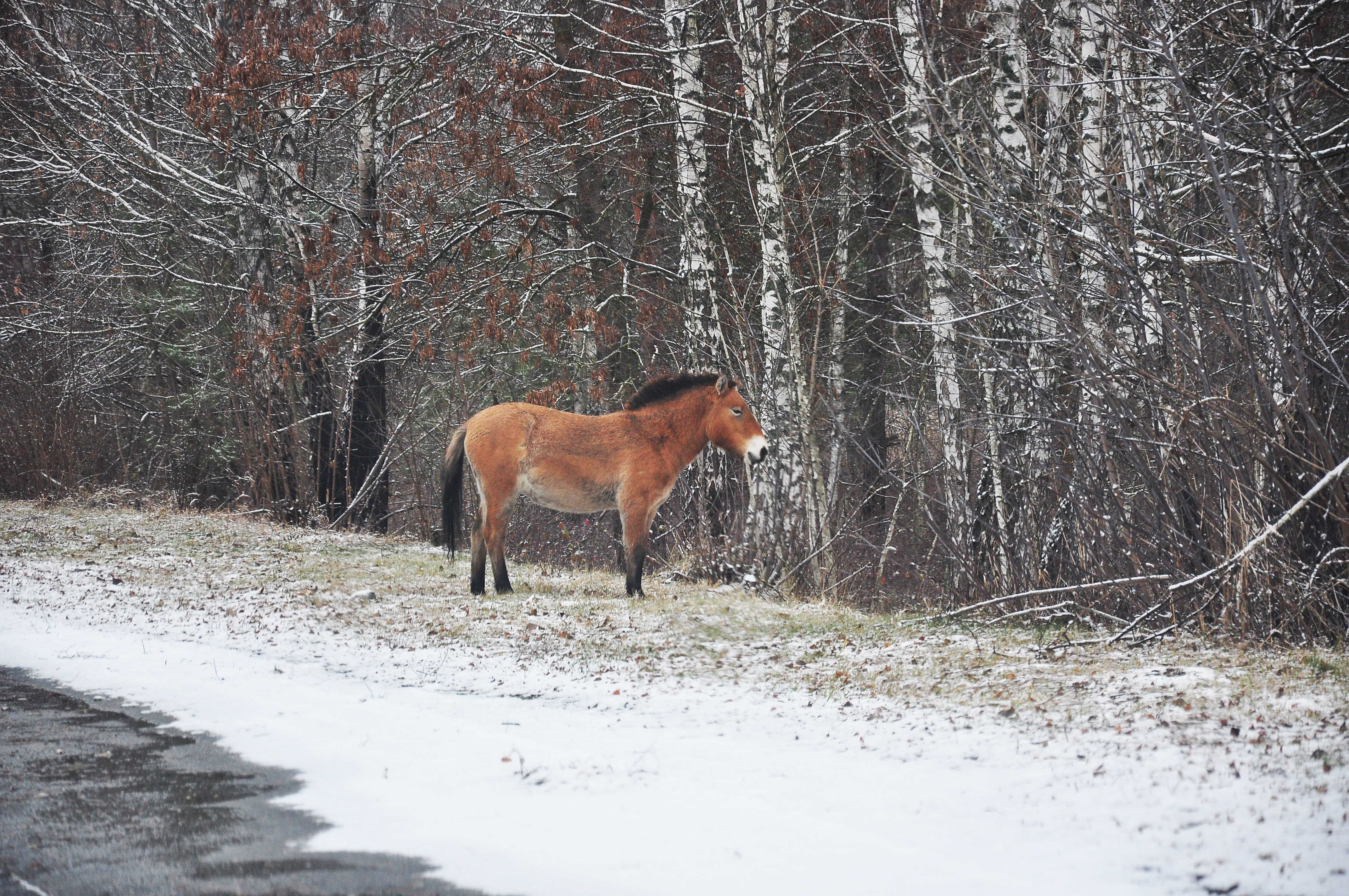 After the events of 1986, when more than one hundred thousand civilians were evacuated from the Chernobyl region, animals of various species gradually took control of the deserted territories. Today, in the vastness of the closed territory, you can meet different representatives of the fauna, from the gray hare to the brown bear.

But it is impossible to pass by the most interesting individuals of the Exclusion Zone - Przewalski's horses, which are considered not the official symbol of the Chernobyl Zone.

There is a version that Przewalski's horses were brought to the Exclusion Zone as an experiment to find out "whether they will take root in the territories contaminated with radiation or not."

Horses were brought to the Exclusion Zone in 1998 in the amount of about 20 individuals. Until 1999, they were in an open-air cage, which was located near the city of Chernobyl, as part of adaptation, and later they were released.

During our excursions around the Chernobyl Zone, we can often meet horses in the area of ​​the village of Cherevach, which is located along the Dityatki checkpoint route, on the road to the former secret Chernobyl-2 facility or along the Chernobyl-Chernobyl city-Chernobyl nuclear power plant route.

After the disaster at the nuclear power plant, the building of the cultural center was used as an office space for the emergency power plant maintenance personnel.