THE RED FOREST: LEGENDS AND FIRES 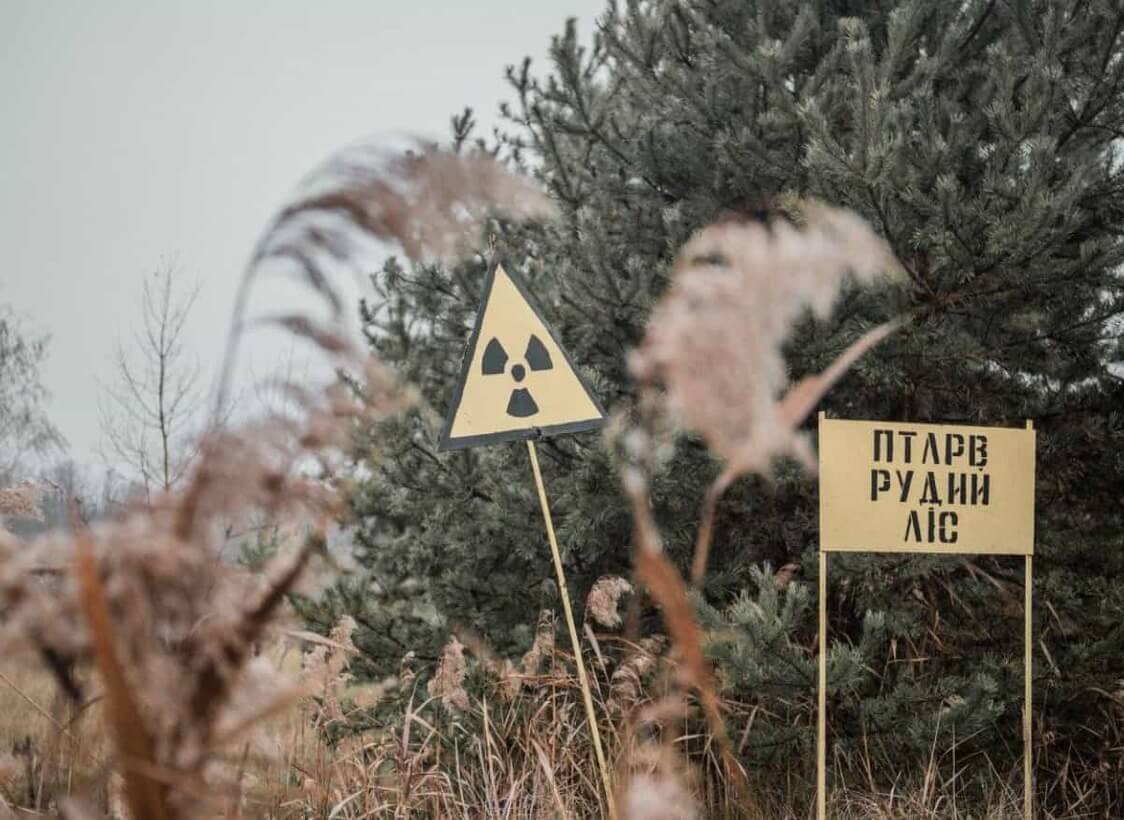 One of the most conspicuous attractions of the Chernobyl Exclusion Zone is the Red Forest, i.e. 200 square kilometers of pine trees near the NPP. After the 1986 accident, pine trees took dozens of tons of radiation: the ashes from the explosion covered the trees and discolored them to reddish-brown in several hours. Thus, it got this name and is commonly called the Rufous Forest, the Red Forest, and even sometimes the Rust-coloured Forest.

The strip of woods you can see nowadays was restored. After the accident, those trees were cut down and buried in 1986-1988. That was done to prevent deflagrations and to deter the high level of radiation. As time went on, pine trees naturally renewed and became an object of interest of many botanists. A great part of trees died of radiation, another – mutated. The changes affected the form of crowns and needles as well as bushiness of plants: new trees have many branches and twigs. Scholars stem from the fact that crowns of trees are more radiation-sensitive, and a small, dense plant has more chances to avoid adverse effects.

The Stalker’s fans will be disappointed to find out there are no more mutations here. In contrast to the Red Forest location in the said famous game, there are no anomalies, artifacts, scrambles of mutants for control over the territories. However, real fires have become a frequent challenge. In summer, when the air is very dry, fires oftentimes occur, and fire brigades have to fight with fire and smoldering for hours. To extinguish a pine wood is a great challenge. To put out a radioactive pine wood is double more difficult. Two aircraft An-32P and a helicopter Mi-8 assist the firefighters in this hard work.

Despite the rumors about the wind that spreads the Red Forest radiation during the fires, the citizens of Kyiv city and Kyiv region have nothing to worry about. The monitoring services take measurements of the radiation background in the Zone and region, test the air for radionuclides, and no ‘red flags’ appeared when fires were rampant. According to employees of the special services, only the personnel of the State Emergency Service of Ukraine, operating directly in the thick of the events, is at the greatest risk. Thus, it is highly important to follow all the protective measures: the firefighters get the protective costumes, respiratory protection equipment, and are obligatory tested for irradiation level after every shift.

It is believed that due to its popularity, HBO's "Chernobyl” was of tremendous importance in shaping the perception of the disaster among viewers from all over the world and even allegedly stimulated tourist interest.