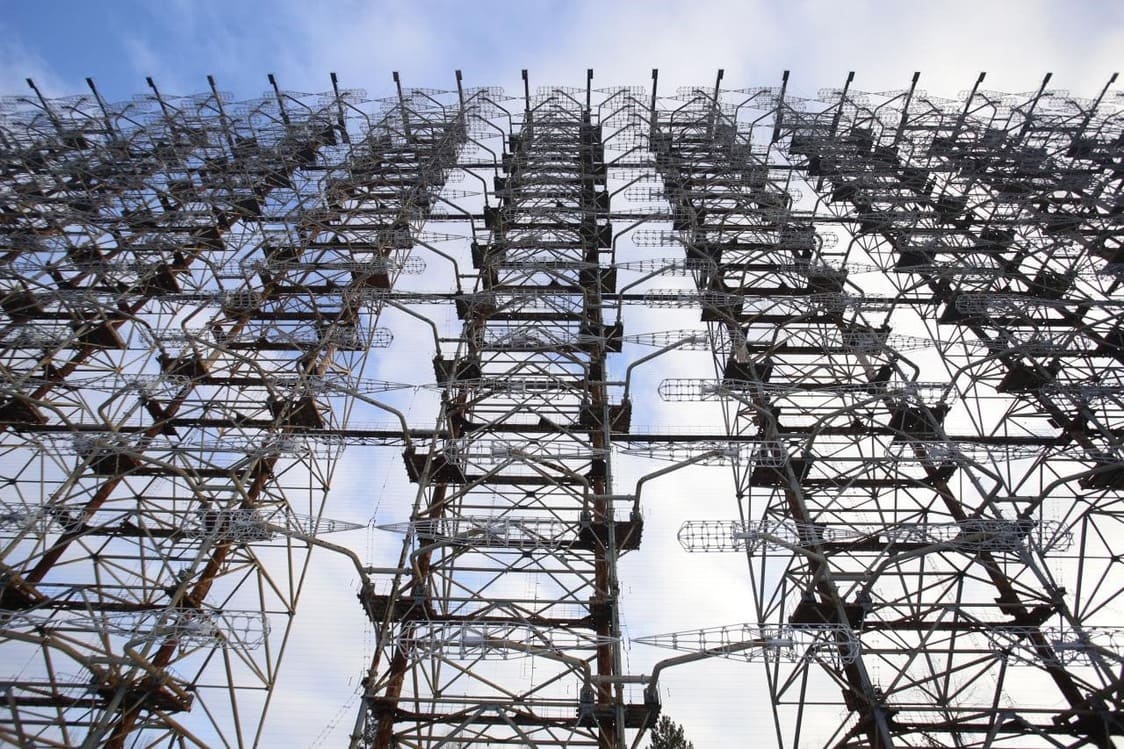 Chernobyl is well-known all over the world due to the terrible and biggest accident at a nuclear power plant. However, during the Cold War between the United States and the Soviet Union, there was another facility in the Chornobyl Forest that attracted much attention of governments and intelligence agencies of all states. Currently, it is a huge and abandoned construction, which reaches a height of 150 meters and a width of at least 700 meters. It may seem to an ordinary tourist that this is a large wall that rises in the woods, near the abandoned city. However, only few locals who remained in the exclusion zone and members of the scientific community know that it was once a top-secret object of the communist empire.

The Duha or Chornobyl-2 Radar is a part of the Soviet Union's missile and space defense systems. The main task of the construction was to detect ballistic missiles launched to destroy some objects at the territory of the Soviet Union. It was planned that the Duha (Arc), built as a receiver, would be able to detect a nuclear attack few minutes after the launch of missiles and provide information to the ‘transmitter’ in the town of Liubech in 60 kilometers from Chornobyl. In practice, the Duha receiver interfered with low-frequency and high-frequency oscillations, revealed the necessary information, then gave a specific crackle to Western colleagues. The first time they heard a strange sound was in 1976; Western experts did not immediately determine the nature of this sound. Later, it was named the so-called ‘Soviet woodpecker’ and came under close CIA surveillance.

As soon as the cause of the phenomenon was discovered, the Western media panicked and a huge number of different conspiracy theories appeared. The most radical journalists, experiencing the Cold War events, spread rumors that this sound abnormally affected the behavior and health of people, as well as possessed the ability to destroy brain cells. The Soviet side's explanation claimed there was a regular children's camp in the place named by Western politicians as a top-secret object and that added even more fuel to the fire and inflamed hostility.

Needless to say, after the accident at the Chornobyl nuclear power plant the operation of the radar became impossible, and some part of the equipment was transported to Komsomolsk-on-Amur. However, the very existence of the station, which has long alarmed and troubled the Western society, has left more questions than answers. Nowadays, the facility attracts many tourists, data journalists and enthusiasts from around the world. The history and activities of this Soviet ghost have yet to be written.