ABOUT THE TRAGEDY WITH HOPE: THE EXCLUSION ZONE ART OBJECTS

The Chernobyl Exclusion Zone attracts not only stalkers but also hundreds of artists and street artists from the whole world. They come here to eternalize the tragedy in their works, raise topical social issues, and remind the employees and guests of the Zone that hope still lives here.

The mural ‘Looking into the Future’ appeared on the wall of the CNPP turbine room on October 11, 2019. Valerii Korshunov breathed new life into the wall and depicted the blue sky, Przewalski's horses, and an atom in human hands as the future of the Exclusion Zone. ‘We should give a new sense to Chernobyl, bring culture and technologies here. We should create such conditions that people who left have an opportunity to return, even if they return to the museum.’ The author took 18x58 meters’ part of the wall, spent about thousands of spray cans and several weeks for creating this masterpiece. Every day about 2 thousand employees of the NPP and guests contemplate this miracle. Strolling at the center of Pripyat, you may find there a family of deer, bears, and even buffalos. Don’t be afraid – these animals are depicted on the walls as a symbol of nature restoration after people abandoned these places. The street mural calls upon some reflections: people left the zone, and wild animals returned here, including those of the Red List. 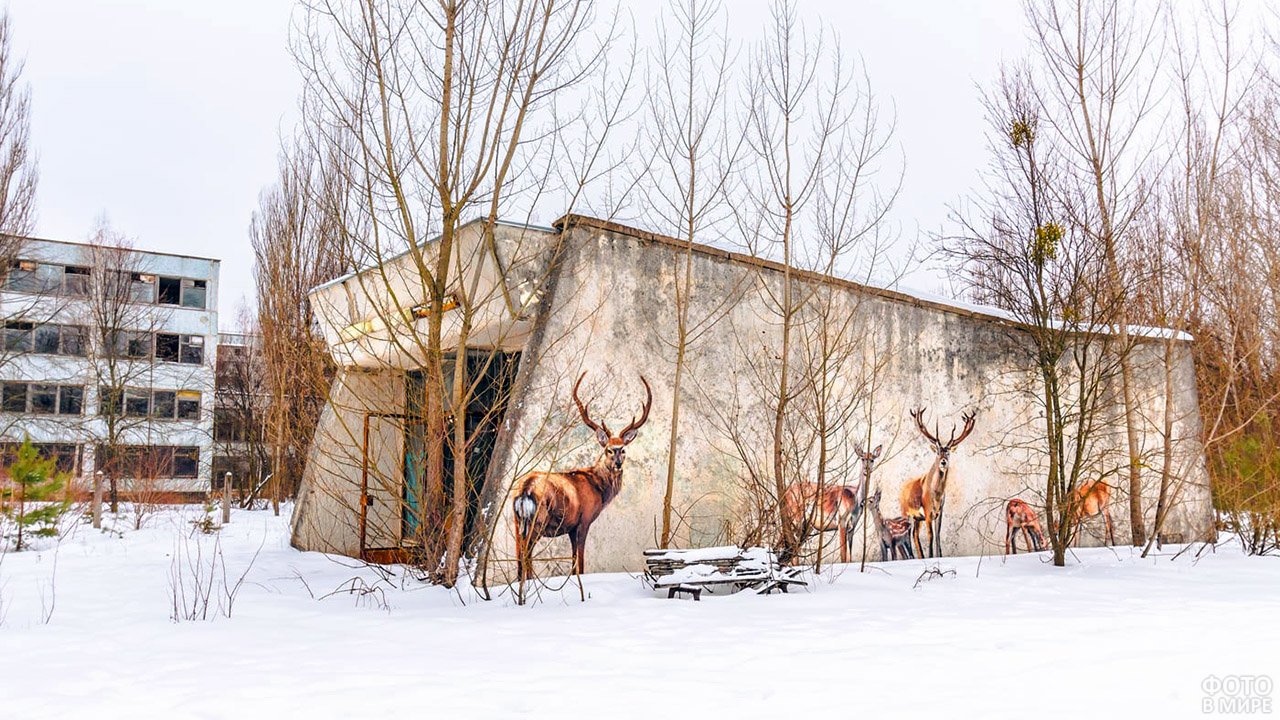 Another important image, depicting the Zone transformation, is a work of a Portuguese artist Antonio Correia, better known as Pantonio. The street artist painted one of the walls at the main street of Chernobyl on the 30th anniversary of the tragedy. Lanky rabbits symbolize the return of animals to the territory, considered unfavorable to live at for a long time. 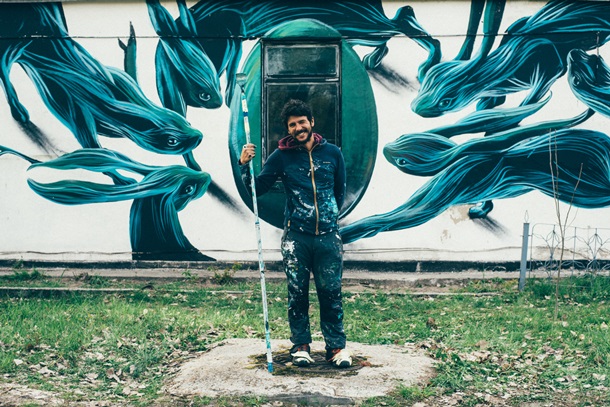 Guido van Helten from Australia dedicated his mural on the wall of the cooling tower to the first liquidators. A vivid portrait of an unknown doctor who worked immediately after the accident was drawn from the photo of Igor Kostin. The street mural commemorates the 30th anniversary of the tragedy and honors the memory of people who sacrificed their lives and health or lost their relatives during the accident response. 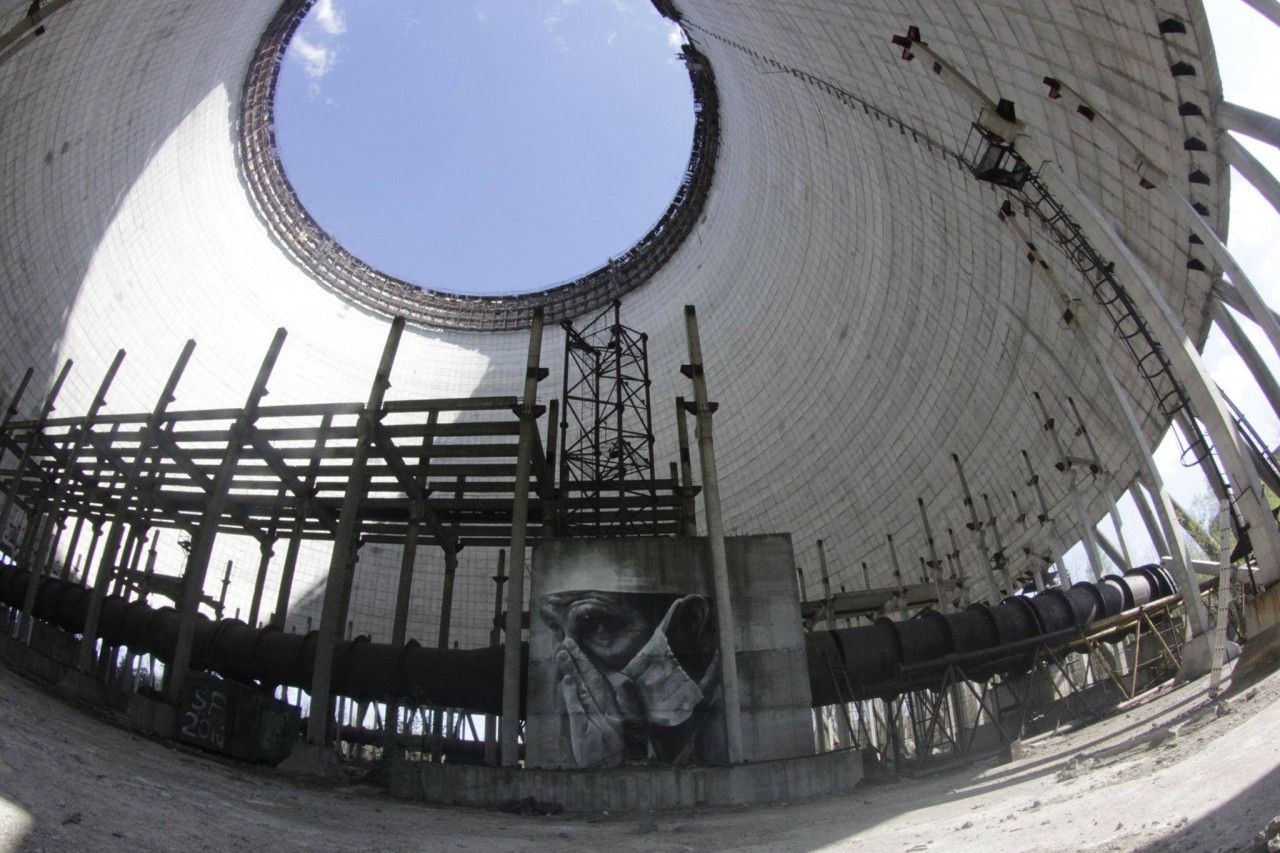 read more
CHERNOBYL TAP WATER: TO DRINK OR NOT TO DRINK?

read more
Cellars and undergrounds of the Chernobyl zone

With basements and dungeons, most have not the most pleasant associations - cold, darkness, soundproofing, Silence of the Lambs (?) - and few people immediately remember their grandmother's cans